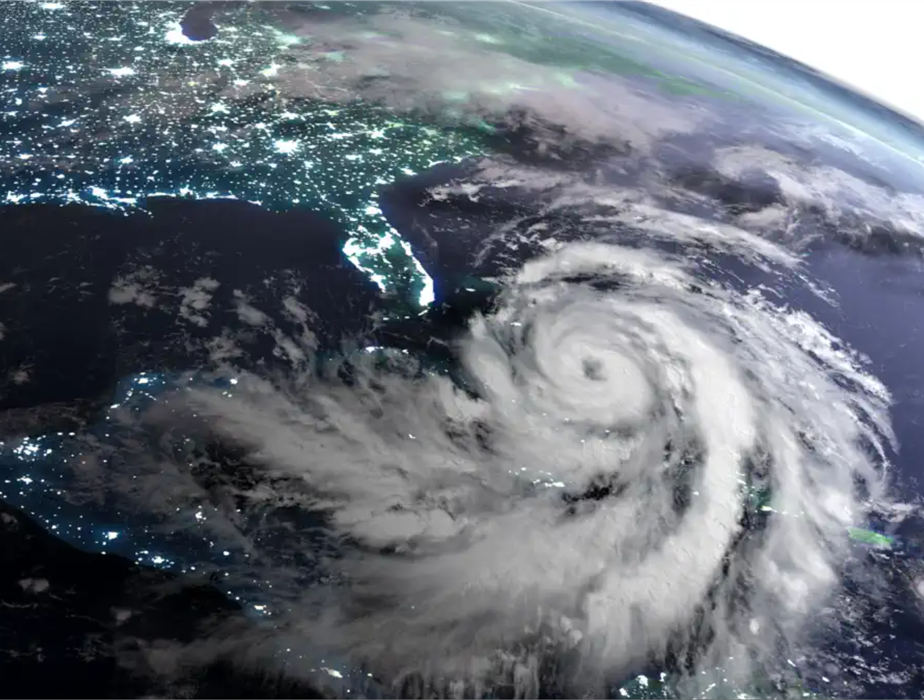 A major storm has not made landfall in Florida since 2018, however, experts predict a busier season this year.

A hurricane is a severe tropical cyclone that forms over warm oceans. They're called hurricanes when included in the Atlantic and Eastern Pacific. In the Central and Western Pacific, they’re called typhoons. They’re known as cyclones in the Indian Ocean.

Hurricanes cause damage and destroy buildings by way of flooding and strong winds. These storms make them very difficult to predict and forecast, which causes problems for officials trying to prevent or prepare for hurricanes.

The difficulty of hurricanes comes from the fact that they form exceptionally quickly and can travel in very different ways. That’s why they sometimes cause mass destruction so suddenly.

Hurricanes are not predictable, especially regarding the size and speed with which they move. They do have a pattern of where they form in the ocean, but it is still not predictable. For example, you don’t know how far away pieces of the storm might be when it forms. If they’re far away, then they might help strengthen the storm.

The speed at which hurricanes travel is also unpredictable. They can move quickly over the water or come to a complete standstill. They usually speed up and travel faster than 80 miles (129 kilometers) per hour when headed to Florida.

NOAA (National Oceanic and Atmospheric Administration) has issued its outlook for the 2022 Atlantic hurricane season, predicting an above-normal storm season.

The anticipated increase in tropical cyclone activity is due to weak La Niña conditions observed over the equatorial eastern Pacific Ocean and favorable atmospheric conditions in the tropical Atlantic.

The Atlantic hurricane season is expected to have an above-normal number of named storms, with a 60% chance that there will be between 8 and 13 named storms (with winds reaching 39 mph or higher).

Accuweather has issued its outlook for the 2022 tropical cyclone season, predicting it to be an active one.

AccuWeather’s outlook for the season also indicates a 60% chance of between 8 and 13 named storms with winds reaching 39 mph or higher.

3. The Florida Scientist’s forecast for the 2022 hurricane season.

The Florida Scientist has issued its outlook for the 2022 Atlantic hurricane season.

4. The Weather Company’s latest forecast for the 2022 hurricane season.

Classic El Niño, or warm water conditions in the equatorial Pacific Ocean, were expected to affect atmospheric conditions over the western tropical Atlantic during the fall of 2018 into 2019, which could lead to an above-normal season this year.

There are many different ways that experts predict the amount and strength of hurricanes this year. The most serious ones have indicated a declining trend in the number of storms every year. Hurricane season runs from June 1 through November 30.

There’s also an ongoing forecast for where these hurricanes will form in September, October and November. This is based on the predictions for El Niño, which is typically active during the summer months. The forecasts say fewer hurricanes will be formed in the Pacific Ocean this year.

Forecasters also use an official storm track to predict where these storms may form. This is based on weather patterns and ocean temperatures across the globe. It’s not something that can always be used since it is unpredictable, but they can predict where hurricanes will form and how they could affect Florida with this information.

There is something called hurricane shelters used for people to go to when a hurricane is coming. They are all underground so that the people who go there can safely ride out of the storm. This is where most of Florida’s population goes during hurricane season. The Federal Emergency Management Agency (FEMA) has a map online which shows precisely where these shelters are located within the state.

Sometimes, the National Guard will help clear storm debris and ensure that everyone in the area is safe. They are also the only entity in Florida that has the right to enforce a statewide curfew. They can do this when they have enough people available to implement it, and they will use it to make sure that everyone in Florida, including children, is safe.

Emergency water supplies are needed during hurricane season, so people should discuss what they need with their local authorities as soon as possible. This includes drinking, cooking, and cleaning supplies once a disaster occurs.

Many hospitals use generators during hurricane season to remain fully operational even when the power goes out. This is especially true in emergencies when they are needed to operate on many patients due to storm injuries.

During Hurricane season, you should plan for emergencies that may occur and make sure that you have medical supplies on hand in case of an emergency during hurricane season.